MANILA, June 17 (Mabuhay) –The Philippine government and the Asian Development Bank (ADB) have signed a loan agreement for the first tranche of the $4.3-billion financing for South Commuter Railway project, the southern leg of the North-South Commuter Railway (NSCR) project, connecting Metro Manila and Calamba, Laguna.

In a statement on Friday, the Department of Finance (DOF) said Finance Secretary Carlos Dominguez III and ADB president Masatsugu Asakawa signed the agreement for the first-tranche loan amounting to $1.75 billion.

President Rodrigo Duterte witnessed the signing at a ceremony in Malacañan Palace on Thursday night.

It came on the heels of ADB’s approval last week of the $4.3-billion loan financing accord for the South Commuter Railway (SCR) project or the Manila-Calamba line.

Also, DOF’s statement indicates that the latest loan financing is the multilateral lender’s “infrastructure financing in the Asia and Pacific region to date.”

On the other hand, the Philippine government will cover the rest of the balance of the project cost.

According to the DOF, another $1.75-billion loan is expected from ADB in 2024, representing the second tranche of the financing package. The final tranche of $800-million loan for the SCR project is scheduled to be given in 2026.

Running from Blumentritt Road in Manila all the way to Calamba, the SCR forms part of the 163-kilometer NSCR, as the project’s Phase 3 along with the Phase 1 Tutuban to Malolos, Bulacan line and Phase 2, the Malolos to Clark, Pampanga line.

Also, the ADB is financing the NSCR’s Phase 2 or the Malolos-Clark Line for up to $2.75 billion.

The Manila-Calamba line is expected to bring relief to thousands of Filipinos traveling between Manila and Calamba along with several nearby towns in Laguna as the railway is seen to cut travel time between the two points  from about two hours by bus to less than an hour by rail.

With 18 stations, the project is also expected to improve connectivity in the public transport network by connecting with all existing rail-based public transport lines in Metro Manila. It includes a connecting line to the planned Metro Manila Subway, which will improve connectivity by operation of direct trains for passengers traveling from Calamba to Bonifacio Global City, Ortigas and Quezon City along the Metro Manila Subway. More than 35,000 jobs  will be created from the entire NSCR system during the construction stage, and over 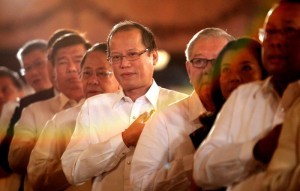