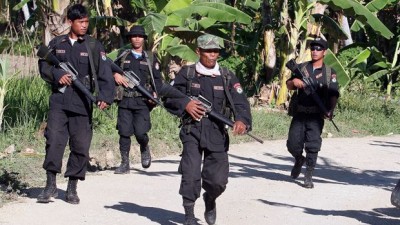 COTABATO, February 3, 2011 (AFP) – Weeks of clashes between rival Muslim rebel groups in the southern Philippines have left 13 people dead and forced thousands of others to flee their homes, the military said Thursday.

More than 1,000 rebels armed with rifles, rocket-propelled grenades and mortars have been involved in the fighting, as the two sides seek control of valuable farmland on Mindanao island, local army commanders said.

“One group will attack the other, then break off. The other group will then stage an attack in retaliation. It is a series of skirmishes,” regional military spokesman Major Marlowe Patria told AFP.

He said 13 fighters from both sides had been killed and nine others wounded since the clashes began on January 9.

Another 800 families had been evacuated to escape the fighting, which was occurring in rice fields and rural villages about 60 kilometres (40 miles) from Cotabato City, a main trading center of the south, according to Patria.

“It really looks like they don’t respect the orders of their superiors,” local battalion commander Colonel Domingo Gobway told AFP.

“We have monitored that there are many reinforcements from both sides who are coming in.”

Military intelligence officers in the area said the two rival commanders, who live near each other, originally had a combined total of 1,400 armed followers.

Muslim communities in the southern third of the mainly Catholic Philippines have for centuries struggled to create an independent Islamic state.

The MNLF, which was then the biggest separatist group, signed a peace accord with the national government in 1996 that gave it control of an autonomous area of Muslim-dominated regions in the south.

However MNLF fighters retained their weapons and it still has factions that fight for their own interests.

Even while struggling against the national government, Muslim clans in the south often engage in violent conflicts with each other over land and political power.

Some areas of the south remain off limits to the Philippine military because of the power of the rebel factions and other armed Muslim clans.

Gobway, the local military commander, said his soldiers were staying out of the current conflict for fear of making it worse.

“If the military comes in, one side could ambush us and then blame it on the other side,” he told AFP. 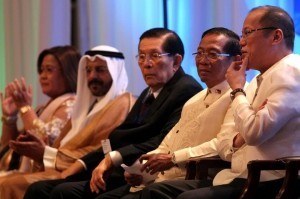