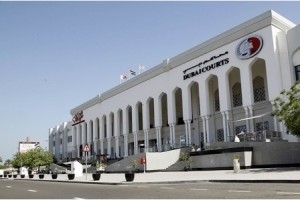 MANILA (Mabuhay) – Two Filipinos on Monday pleaded innocent before a United Arab Emirates court on charges that they were trying to sell 0.26 gram of amphetamine.

Both Filipinos, aged 33 and 29, were accused by prosecutors of trying to sell the drug for Dh800, UAE news site Gulf News reported late Tuesday.

However, the two Filipinos, who were not identified in the report, admitted before the Dubai Court of First Instance that they were taking amphetamine and methamphetamine.

Prosecutors charged the two with possessing a banned substance for trading purposes and taking amphetamine and methamphetamine. They asked the court to implement a life sentence of 25 years and a maximum fine of Dh200,000.

During the court proceeding, an Emirati anti-narcotics police major testified an informant had tipped them off to the two Filipinos. He claimed the two were looking for someone to buy amphetamine for Dh800, prompting police to arrange a sting operation.

Following the sting operation, police found the police money in the pocket of one of the Filipinos, who were not identified in the report.

Police also seized in their possession a small weighing scale “used by drug peddlers to weigh drugs,” the major added.

But a search of the Filipinos’ house did not yield more drugs.

The Gulf News report said an Emirati lieutenant has claimed that the two defendants tested positive for amphetamine and methamphetamine. (MNS)