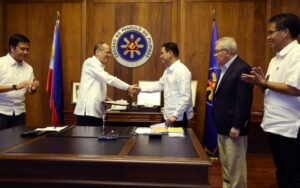 The TRO issued by RTC Branch 217 puts a stop on the orders issued by the Department of Transportation and Communications (DOTC) and the Land Transportation Franchising and Regulatory Board (LTFRB) that allows the operation.

Among said issuances is the DOTC Department Order No. 2015-011, which introduced additional standard classifications for public trasnport conveyances, including TNVS.

It was granted in favor of the Stop and Go Coalition.

The TRO also recognized the coalition’s argument that income of those driving transport utilities with franchise are affected because of the likes of Uber and Grab, which operate without one.

It said the income of drivers of taxi and UV express (FX) were slahed by up to half because of the new category of vehicles.

The next hearing for the preliminary injunction the Stop and Go Coalition is seeking has been set on December 8.

Jun Magno, president of the coalition, told GMA News that the operation of Uber and Grab is wrong because not having a franchise is against the law, and they are charging passengers without following the tariff issued by the LTFRB.

He added that the companies have been given “special treatment.”(MNS)

PACQUIAO IS THE ‘PRESIDENT WE NEED’, SAYS PIMENTEL