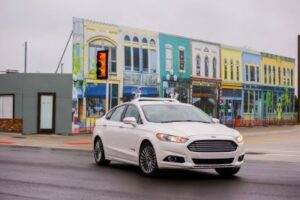 (Relaxnews) – The latest report into the future of autonomous and self-driving cars from Juniper Research sets 2021 as the date when the technology, which until recently was confined to sci-fi thrillers and James Bond films, starts to become a real-world reality.

The research firm forecast this week that by 2025, some 20 million self-driving vehicles will be traversing the world’s roads. That would be the equivalent of 28% of all the cars sold globally in 2014 (72 million acording to JATO).

From the outside as consumers looking into the world of the automobile, progress towards a self-driving, road-accident-free future may seem like light years away, but R&D budgets are huge, and testing is reaching its final stages. At October’s Tokyo motor show, Japanese car makers from Toyota to Nissan pledged to bring their first autonomous driving features to the market by decade’s end.

In recent days, the first self-driving prototype from Peugeot Citroen also completed a 3,000km round trip crossing the French border for the first time and passing through Madrid before returning to Paris via pubic roads with little or no driver involvement. “I am proud to see the autonomous vehicle developed by our teams in the Paris region technical centers crossing borders in Europe,” said Gilles Le Borgne, Executive Vice President, Research and Development for PSA Peugeot Citroën. “This technological feat is a critical step towards shaping the mobility of the future.”

However, according to Juniper and to fellow insights and research firm IHS, it’s Google rather than any of the traditional car companies that is firmly in the driver’s seat in terms of test miles covered and technological developments.

IHS’s latest data suggests that Google will be offering driverless cars as a service — taxis, policing, deliveries, etc — before any car company can bring its driver aids to market. “No other company has as much relevant technology to advance autonomous driving software,” said Egil Juliussen, PhD., senior research director at IHS Automotive. “Google is in a unique position to leverage adjacent technologies for developing self-driving car software.”

Valentine’s Day: The only safe metallic balloon is a secure one