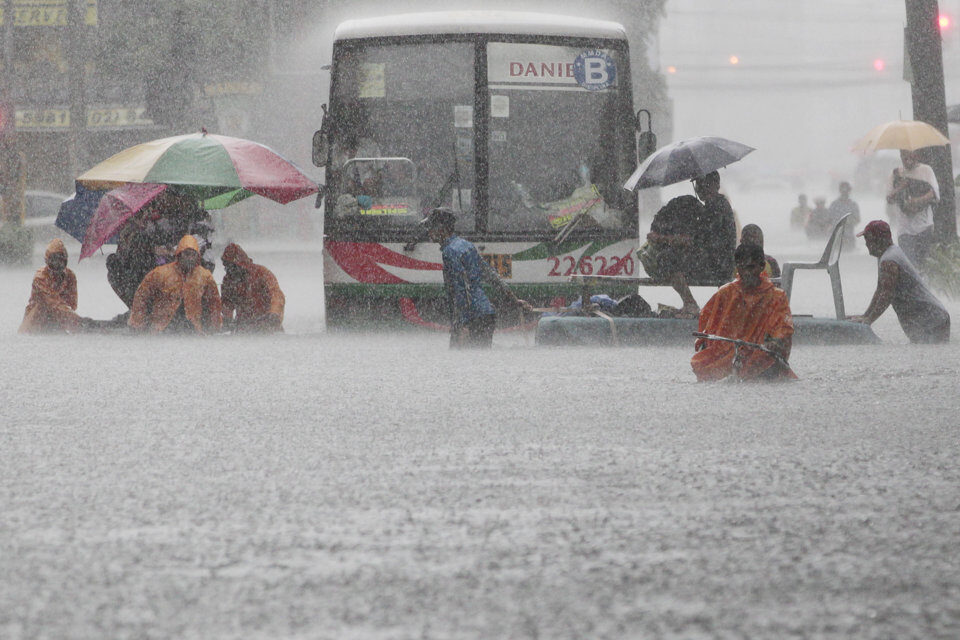 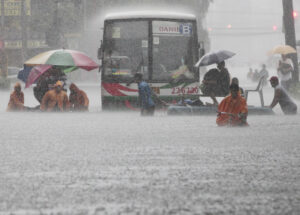 MANILA, Aug 20 (Mabuhay) — More than 125,000 families or 600,000 individuals have so far been affected by three days of heavy downpour caused by monsoon rains enhanced by Tropical Storm Maring, the Department of Social Welfare and Development (DSWD) said Tuesday.

Others affected have taken refuge with relatives or friends, Soliman said.

Soliman said the most number of affected residents were from Cavite, where 32 evacuation centers have been set up.

Soliman added that they have delivered 5,000 food packs in National Capital Region and another 5,000 in Region IV-A.

A Red Cross official, at a press briefing, said their office is receiving a lot of calls for rescue, and appealed to those still in their houses to go to evacuation centers where assistance can be given to them.

The Red Cross is focusing its rescue efforts in Cavite, Laguna, Paranaque, Las Pinas, Quezon City, and Bataan where serious cases of flooding were reported, the worst being in Dinalupihan, Bataan, the Red Cross official said.

The Office of Civil Defense-NCR said floods as high as seven feet were reported in Pasay City, while the creek at Araneta Avenue in Quezon City had overflowed, causing severe flooding.

“The various Cabinet secretaries are giving him regular updates even as the President has instructed all appropriate agencies to mobilize government resources,” Lacierda said.

According to the DSWD, P120.64 million worth of emergency relief resources has already been prepositioned in all affected regions, which includes a standby fund of P15.72 million; P15 million worth of family food packs; and P89.9 million worth of other food and non-food items. (MNS)

Employment agency must be stopped