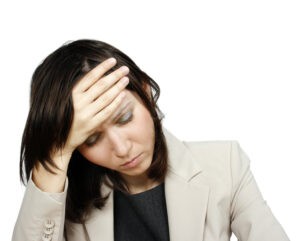 We do not all react in the same way to everyday stress, especially if we have experienced a particularly difficult life event. ©Karuka/Shutterstock.com

(Relaxnews) –  Bereavement, moving house, divorce and retirement are all major stress events which make those who have lived through them more resilient in the face of adversity and less affected by the stress of daily life, reports an American study.

While several scientific studies have already focused on individual responses to stress, the researchers from the North Carolina State University in the US sought to link major stressful events and the stress of daily life.

They asked 43 adults aged between 60 and 96 to fill in a questionnaire every day for eight consecutive days.

At the beginning of the study, all the participants were asked if they’d experienced any major stressful events in the previous year. The questionnaires asked about any stress experienced each day.

The team noted that the response to daily stress was different, depending on whether or not the participants had experienced a major stressful event during their lifetime.

Those who had not experienced a major life stressor said they felt significantly older on stressful days.

In contrast, the researchers noted that the volunteers who had faced intensely stressful events in the past were less likely to fluctuate in how old they felt on a day-to-day basis

On the “good days”, all the participants thought they looked around 10 years younger than their actual age.

“Our study tells us that there’s no expiration date on the impact of life-changing, stressful events”, said Shevaun Neupert, co-author of the paper on this work.

“And it tells us that many people actually weather these major stressors and emerge more resilient and less easily influenced by daily stresses.”

This study was published on 18 November in The Journal of Gerontology.

LP in a quandary over Mar Roxas

Aquino: Sabah claim not part of agenda in Malaysia visit