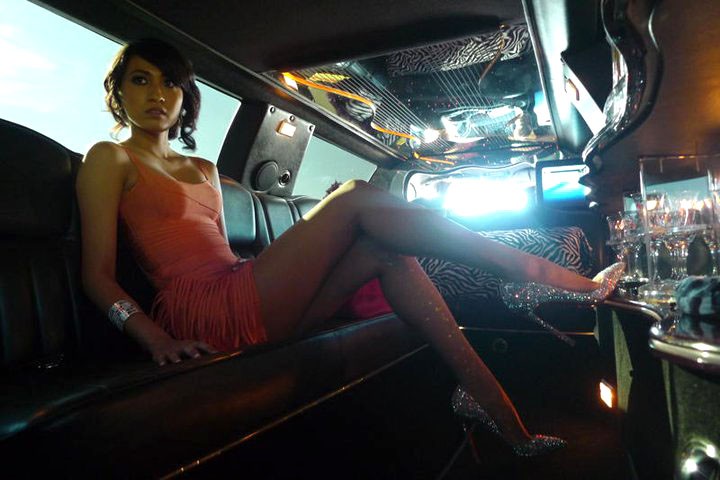 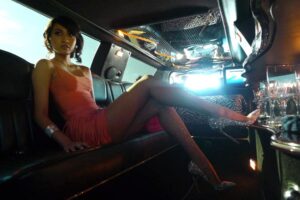 Jeane Napoles, daughter of Janet Lim-Napoles, in a limo as posted in m.spot.ph apparently on her way to one of her evening sorties in Los Angeles, where she reportedly owns a Ritz Carlton apartment near Staples Center. The Philippine government has begun probing her lavish lifestyle as shown in social media and has asked the U.S. government to recover what may belong to Philippine coffers.

MANILA (Mabuhay) – Budget Secretary Florencio Abad said he will not file cases against Janet Napoles considering “the deep trouble” she is in now.

Abad went as far as to say that there is no way Napoles can be a state witness.

Abad believes Napoles must be “hallucinating” when she said he was a mentor to her.

“I think she’s hallucinating, she’s in bad shape for some time. I think she’s vigorously trying to get immunity. She’s trying to throw around names to put pressure on the government to consider her application as a state witness, but there is no way that she can get there, I think,” he said.

He blasted Napoles for having the nerve to claim they are close. “The nerve to be calling me a mentor… Mentorship is a relationship.”

He admitted Napoles tried contacting him through his office, but his staff simply told her “no.”

Abad said his lifestyle never changed from he was a congressman to this day. He said he has not met her and believes there won’t be pictures of him having a party with the Napoles camp.

He said this is not the first time he was “vilified” in the media. He said the smear campaign is brought about by people who want to undermine the reforms introduced by the Aquino administration.

Abad believes Aquino is not taking the Napoles list seriously.

“The president doesn’t really take seriously this list, especially coming from a polluted source. I always tell the president, ‘don’t worry about me, you have a lot of things to worry about.’” (MNS)