Abducted US man freed in Philippines

MANILA, April 13, 2011 (AFP) – An American man held hostage by an unknown group in the Philippines was freed on Wednesday after a three-month ordeal, local police said.

Milton Taylor, a 53-year-old from Las Vegas, turned up in a mountain village on Mindanao island complaining of dull pain on his right side, said Senior Superintendent Rodolfo Llorca, a provincial police chief.

The kidnappers of the man, who also goes by the name Sam Taylor, remain unidentified and no arrests have been made, Llorca told reporters.

The US embassy in Manila declined to comment on the case.

Local police had initially declined to classify the case as a kidnapping, but Taylor told police Wednesday that he had been held by gunmen, Llorca said.

Taylor, who described himself as a mining consultant, is now undergoing police debriefing, he added.

Police did not identify his employers and Taylor has yet to speak to the press.

Kidnappings are rife in the southern island of Mindanao, where communist guerrillas as well as Muslim separatist rebels and Islamist militants operate and sometimes abduct people either for cash ransoms or political demands.

Deciding which type of visa is right for you

Aquino gets silent treatment from SAF troops with low morale 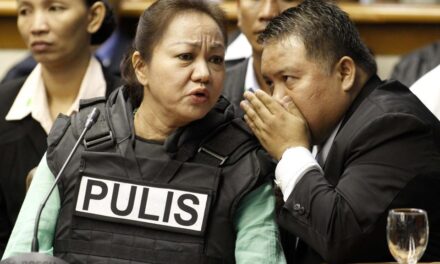