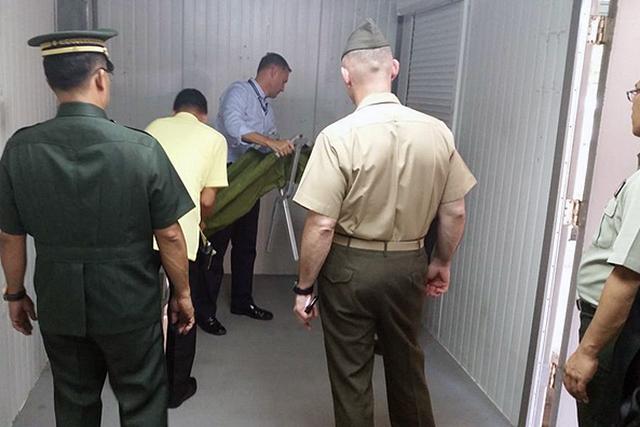 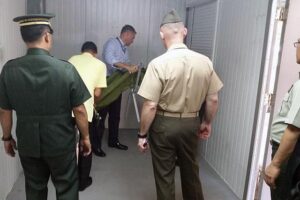 MANILA (Mabuhay) – The continued absence of US Marine Private First Class Joseph Scott Pemberton has started to baffle the family of Jeffrey “Jennifer” Laude, the transgender whom he allegedly murdered in Olongapo City last October 11.

Pemberton should be made to appear even to just accommodate the Laudes’ request for fingerprint and DNA samples to be used as bases for comparison, said the family’s counsel Harry Roque.

“I don’t understand why, in my 25 years of practicing criminal law, this is the only case where there are no fingerprints [of the suspect],” said Roque at a forum at the University of the Philippines Law Center Tuesday.

“There is no basis for comparison of the semen specimen and fingerprints found at the scene of the crime, and the VFA is the reason why we don’t have that evidence,” he said. VFA is the Visiting Forces Agreement, which contains a provision that allows US custody of of its erring personnel  until the end of all judicial proceedings.

Roque said this was the reason why they were set to file a petition before the Supreme Court (SC) to allow the Philippines to get custody of Pemberton.

“We are going file a petition to get hold of Pemberton because our understanding of the Visiting Forces Agreement (VFA) is that the Philippines should have custody ‘from the commission of offence’,” Roque said.

Pemberton is presently being held in a detention facility inside Camp Aguinaldo. He was previously held on board the USS Peleliu which was docked at the port of Subic.

Pemberton has neither been seen by the Laude family, the Olongapo city prosecutor which is conducting the preliminary investigation, nor the media ever since his transfer from the USS Peleliu.

Despite his detention inside a Philippine military base, Pemberton remains under US custody.

The suspect was a no-show in two preliminary investigation hearings conducted by the city prosecutor. He has also not submitted a counter affidavit.

Philippine government authorities have said that they would only request for custody of Pemberton only after a warrant of arrest has been issued by the court.

Roque said that Pemberton was being hidden, unlike in the previous Subic rape case of Lance Corporal Daniel Smith.

“Pemberton’s non-appearance is different from the case of Smith because he appeared and submitted his counter affidavit. But in this case Pemberton is really being hidden,” Roque said. (MNS)

SOTTO TO DUTERTE CRITICS: DO YOU WANT TO NEGOTIATE OR GO TO WAR WITH CHINA?