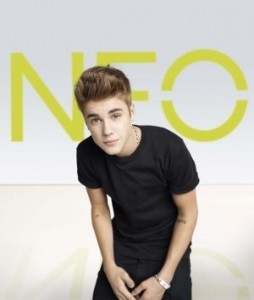 (Relaxnews) – After signing on stars such as Katy Perry and David Beckham, Adidas announced on Wednesday that the company has appointed pop star Justin Bieber as its “style icon,” at least for the duration of a two-year partnership through 2014.

Bieber is in charge of inspiring his legions of fans with the brand’s teen look by sporting his favorite NEO attire and making appearances for the label through its major markets. In addition, Adidas will tap into Bieber’s 29 million Twitter followers and other social media outlets as he plugs products he likes.

To mark the occasion, Bieber and adidas NEO just launched a competition in which fans can search for a pair of gold NEO high-tops made just for Bieber on various websites for daily and weekly prizes — or the ultimate prize, winning the sneakers and an all-inclusive trip to meet the pop star on his Believe tour in Miami. Clues will be posted daily on NEO’s Facebook page.

For more info, check out the “Find My Gold Shoes” challenge onfacebook.com/adidasneolabel and with the official hashtag #findmygoldshoes.