Aegis to perform in concert, Sept. 19 at Pala 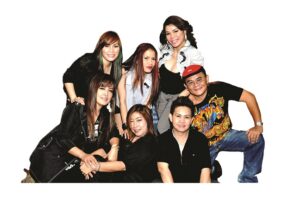 PALA, CA  – AEGIS, one of the Philippines’ top pop rock and pinoy rock groups, will perform in concert at 7 p.m., Saturday, September 19, in Club Infinity at Pala Casino Spa & Resort.

AEGIS was formed in 1995 and has topped the Filipino charts with “Luha” (Tears), “Halik” (Kiss) and “Basang-basa sa Ulan” (Drenched in the Rain.”

Additional Shows Coming to Pala and the new Starlight Theater:

Two of Southern California’s top tribute bands, Queen Nation, a tribute to Queen, and Zeppelin USA, a tribute to Led Zeppelin, will christen the new venue on opening night at 7:30 p.m., Saturday, May 23.  Tickets are $12 in advance and $14 the day of the show. The schedule includes:

Kuh Ledesma: Revisiting the past, laying claim to the future

Andi vows to prove herself to Jake’s parents