AFP: Good to see Samal hostages in good health but no talks with criminals 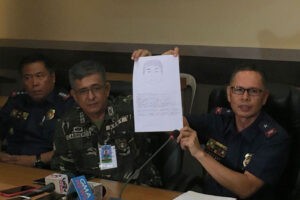 MANILA, Oct 14 (Mabuhay) – The Armed Forces on Wednesday reiterated the government’s position against negotiating with lawless groups after hostages taken from Samal Island appealed for a stop to the military operations against the armed men holding them.

Col. Restituto Padilla, the chief of the AFP Public Information Office, made the remarks after the three foreigners and a Filipino woman taken from the Samal Island resort weeks ago appeared in a Youtube video together with their armed captors.

The hostages in the video asked for a stop to the military operations while the armed men said that negotiations would only push through if the offensive stopped.

“The policy of the government as well as others who have been in this kind of situation is that there is no negotiation that can be made with any of those who perpetrating this crime,” AFP spokesperson Col. Restituto Padilla said in a separate interview.

“As far as we are concerned, that is what applies [in the Samal kidnapping],” he added.

Padilla, nonetheless, said it was good to know that the victims were alive and apparently in good health.

“The positive thing that we derived from this video is that the kidnap victims are in good health, appeared, seems to be, and that is, as far as we are concerned, part of the good news that we got out it,” Padilla said.

Brig. Gen. Alan Arrojado, commander of the armed forces’ Joint Task Group Sulu, said they will continue the military offensives in the province.

Arrojado added that they could still not tell if the kidnap victims and their captors are in Jolo.

Capt. Antonio Bulao, the task group’s spokesperson, said that they were still not sure if the abductors are members of the Abu Sayyaf Group.

“We are still validating who are the abductors at the same time we will determine the locations,” Bulao said.

Authorities in Davao also said on Wednesday that their military operations would not be dictated by the kidnappers.

Superintendent Antonio Rivera, spokesperson of the Davao regional police, said it could give no further comment on the video as it was still being investigated.

He, however, assured the public that officials were handling the situation.

The AFP and PNP have yet to receive ransom demands for money in exchange for the kidnapped victims, the report said.

Malacañang, meanwhile, assured that the safe release of the kidnap victims is the government’s primary concern.

“Government’s aim is to ensure their safety and secure their release and all actions emanate from this,” Communications Secretary Hermino Coloma, Jr. said in a text message.(MNS) 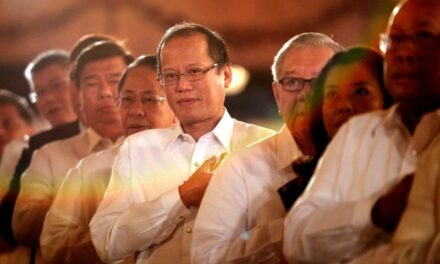