MANILA, Nov 11 (Mabuhay) – Young actress Empress Shuck disclosed that, like Bea Alonzo, she, too, received hate messages from fans after she was linked to actor Gerald Anderson.

Schuck, lead star of defunct teleserye “Rosalka”, revealed that Star Magic has advised her to have tighter security following the supposed threats. 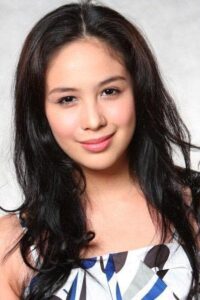 Earlier reports said Anderson was wooing Schuck, but the actress dismissed the rumors.

In 2009, the 17-year-old actress disclosed that she received threats from fans who thought that she was out to break the Anderson-Kim Chiu love team. She added that she has recently received the same threats.

Alonzo also became the target of an alleged hate campaign staged by “Kimeralds”, the moniker of Anderson-Chiu fans club. The fans purportedly got irked after reports came out that Anderson and Chiu have split up.

Anderson and Chiu have repeatedly denied becoming a couple in real life.

What was Sarah’s birthday wish for Matteo?