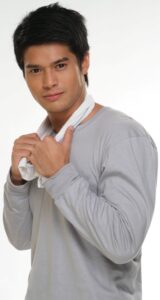 After his relationship with LJ Reyes broke down, actor JC de Vera revealed that he is now dating a non-showbiz girl.

The 29-year-old De Vera admitted that he made a conscious effort to shy away from seeing fellow celebrities.

De Vera first announced that he stopped dating Reyes last June. At the time, he said that the reason was their conflicting schedules.