MANILA  (Mabuhay) -– After being mired in various controversies, including a sex video scandal, former doctor-turned-actor Hayden Kho said he is now turning a new leaf.

Kho shared that he is now starting on a “spiritual” journey.

“I’m good. Everything is peaceful, everything is okay. Maganda ang direksyon ng aking career. I’m taking a different path – going the spiritual path,” he said, although clarified that he doesn’t sees himself as a pastor in the future. “I haven’t imagined myself as a pastor. Nakakahiya naman Hayden Kho, pastor. But I’m really interested in Christian Apologetics.”

Kho said he will just go with the flow and see where his Christian faith will take him.

“Let’s see na lang where God will bring me. But it’s not for me to decide right now. Right now ang kailangan ko lang malaman kung ano ang pinaniniwalaan ko. I need to know what I believe in,” he said.

In line with his new chosen path, does he keep a vow to himself?

“Just to live a righteous life and to keep a good reputation from now on,” he briefly said.

On his love life

Meanwhile, Kho insisted that he is in no rush to look for love as his Christian faith is currently is main priority.

Despite this, Kho revealed that he has been going out. “I meet people, I go out with my friends, some of them are girls. I’m getting to know more women with different personalities,” he said.

“I’m pretty sure [we broke up] before May 3, pero April and May, doon na kami nag-uusap na maybe we can call it quits na. Our worlds are getting smaller and smaller kasi ang dami nang bawal, ang dami nang tinataguang media, hindi na kami makalabas. It’s not getting easier,” he said.

Kho admitted he and Belo got engaged last year but the celebrity doctor called it off for some reason still unknown to him up to this day.

However, he said he is glad to still remain friends with Belo after all that has happened.

“Vicki naman and I still talk. Sometimes I tell her what’s happening in my life. We’re pretty updated about each other’s lives,” he said.

“We were engaged before. We were supposed to get married last year. Maybe it was not the right time. Maybe we were not the right persons for each other. Baka may mas malaking plan for her or for me,” he added. (MNS) 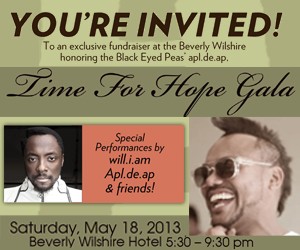 This Time Foundation and the Apl.de.ap Foundation Int’l announce the prestigious “Time For Hope” Gala