Ai Ai not yet ready to be friends with Jed 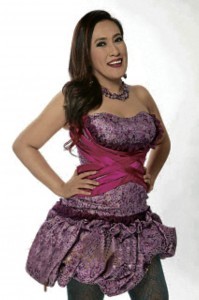 Ai Ai delas Alas doesn’t see herself being friends with estranged husband, businessman Jed Salang, at least in the next five to 10 years.

Delas Alas said she hasn’t talked to Salang after the court granted a protection order she sought against the businessman.

Delas Alas also confirmed that legal processes as regards to the annulment of their marriage are now underway.

Delas Alas previously filed a case against Salang for violation of the Anti-Violence against Women and Their Children Act of 2004 at the same court’s Branch 94, where she also sought a permanent protection order against the businessman.

The charges stemmed from delas Alas’ allegations during her controversial interview on “The Buzz” aired in May, wherein she claimed she was physically abused by Salang.

The estranged couple were married in a civil wedding on April 3 and separated on May 2.

Asked what she learned from her marriage with Salang, delas Alas said: “Not to be too trusting. Sabi ko siguro dapat move on. Hindi iko-close ‘yung book but only turn the page.”

She did not discount the fact that she also had her shortcomings that led to the failure of their marriage.

Meanwhile, delas Alas clarified that there is nothing romantic going on between her and Lui Villaluz, after it was reported that delas Alas has a crush on the actor-businessman.

Delas Alas said she only went out with Villaluz once, and it was with the entire cast of “Wansapanataym.”