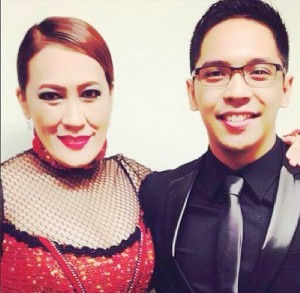 On Instagram, Sancho said he will do a bit role in the film “Ronda,” which stars his own mother.

A finalist in the New Breed Category of Cinemalaya 2014, “Ronda” is delas Alas’ first indie film.

Delas Alas, for her part, said she is happy to be working with her son.

In a previous interview, delas Alas revealed that ABS-CBN has offered her son, Sancho, to do a television series.

The comedienne said she would have wanted her son to be part of the hit reality show “Pinoy Big Brother.”

Heart Evangelista to release her first NFTs this November