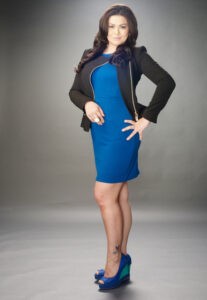 She reportedly is seeing a new guy. She’s quite fond of him, and even her family likes him.

His name is Mario Claudio and he is from Spain. He stays in Cebu, where he has a construction business.

It was four years ago when Aiko called it quits with a politician from Bulacan.

She didn’t deny to her friends that she was hurt deeply when she and the politico broke up.

Aiko was first married to Jomari Yllana, who is the father of her son, Andrei, now 15 years old and studying at the Ateneo de Manila.

When her marriage to Jomari was annulled, she married Martin Jickain, the father of her daughter, Marthena.

Aiko is currently busy with two projects, the series, “Story of Us,” with Kim Chui and Xian Lim, and the indie movie, “Balatkayo.” (MNS)

ARA MINA SHARES DETAILS OF HER WEDDING TO DAVE ALMARINEZ

RJ Padilla: Popular surname a gift and a curse