Past 9 p.m. on Saturday, a still energetic AJ Perez gave an interview after doing the “Kapamilya Karavan” show during the Bangus Festival in Dagupan, Pangasinan. He talked about his upcoming episode on “Maalaala Mo Kaya (MMK)” that will be aired on April 30. He finished taping the episode last week.

In the same interview, Perez also dispelled rumors that â€œGigger Boys,â€ an ABS-CBN’s all-male group that he was a part of, is on the verge of breaking up. 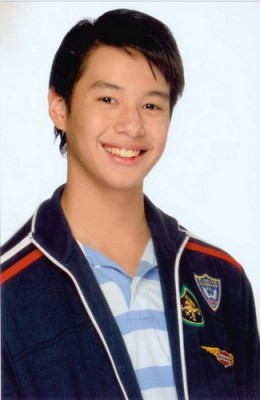 As for his fans, he said he was reaching out to them through social networking sites, specifically Twitter.

In fact, before the tragedy, Perez was able to tweet the â€œlong drive ahead.â€

When he left Dagupan for Manila hours later, no one knew that it would be his last television interview.

An ABS-CBN van carrying Perez, his father, 2 road managers and an event marshal collided with a provincial bus in the province of Tarlac around 11: 45 p.m. The young actor, one of the lead stars of â€œSabel,â€ sustained serious head injuries and was declared dead on arrival at 12:20 a.m. Sunday. He was 18.

The entertainment industry on Sunday mourned the sudden death of the young star. Musical variety show â€œASAP Rocksâ€ offered prayers for him, while celebrity show â€œThe Buzzâ€ observed a moment of silence.

His friends and co-workers said they were still in a state of shock.

â€œAJ’s death comes as a shock to all of us. We are saddened that he was cut down at such a tender age. We shared the deep felt sorrow of his family and we will miss him,” Johnny Manahan, Star Magic head, said in a statement.

Jessy Mendiola, his leading lady in â€œSabel,â€ remembered Perez as someone who would constantly encourage her and had only good words for everybody.

â€œIf heâ€™s listening to me right now, I want to thank you for being an inspiration, not just to the younger people but myself, to the older guys. And I pray wherever you are, you are happy with the Creator. I love you, bro, and I will see you soon,â€ he said.
Rayver Cruz assured that he and the rest of their friends would be there for Perezâ€™s family especially during these trying times.

Perez was introduced in 2006 as member of Star Magic Batch 13. He was discovered after appearing in a TV commercial.

On TV, he was part of the teen-oriented program “Abt Ur Luv”, and various television series, including “Lobo” and “Agua Bendita”. He played the main cast role in the recently concluded primetime drama, “Sabel.” It was announced that Perez would be part of a â€œMara Claraâ€ movie.

James, Nadine overwhelmed by success of ‘On the Wings’