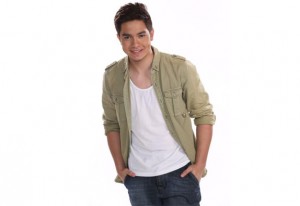 MANILA (Mabuhay) — Alden Richards admitted to being confused with not a few people accusing him of having caused Aljur Abrenica to lose some TV projects on GMA7.

The 23-year-old actor said he is surprised that his name was also mentioned in relation to the case Aljur filed against the Kapuso Network.

“I don’t know why these critics are involving me,” remarked Alden.

Alden made clear that he and Aljur are okay and that he is even looking forward to working with him.

He is confident that Aljur is just taking his time and will be back working with the Kapuso network again soon.

“Hopefully we could do a movie or TV project this year,” he related.

Prior, the two worked together in an episode of “Magpakailanman.”

Their recent encounter was at a GMA-7 show in Sultan Kudarat.

Alden Richards is kicking-off 2015 as an endorser of Boardwalk.

According to the brand, they chose Alden because of his “enviable energy.”