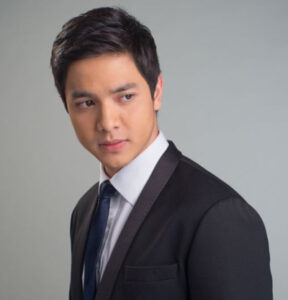 MANILA (Mabuhay) — ALDEN Richards clarified he had never received a P100 million offer to promote a presidential candidate in the May 2016 elections.

“Walang lumapit to offer that much money. Ako, personally, I really don’t want to endorse anyone po. Kungbaga, let them be. Iba ang showbiz sa politics and I don’t want to mix it po,” Richards said.

Richards admitted that in the first two months of “Kalye-serye”, the famous segment of “Eat Bulaga” featuring him and on-screen love team Maine Mendoza, aka Yaya Dub, there were offers to endorse a politician.

He clarified though that the amount offered was way below P100 million. The actor said that he will not endorse any politician even if he will be offered P100 million.

“There have been offers for me to endorse a political party or person, pero sinabi ko na baka pwedeng dito na lang tayo sa showbiz mag concentrate, not the other side,” he said.

Richards said that when it comes to his endorsements, GMA Artist Center, the ones handling his career, is closely working with him and he has a say in every project.

He added that even with his busy schedule, his regular stint in “Eat Bulaga” from Mondays to Saturdays and weekend program “Sunday PinaSaya,” he still gets to take some rest.

The actor said he will not accept a show if he feels that he cannot give his 100 percent on it.

“It’s my decision to do these schedules, to commit myself to a lot of schedules kasi workaholic ako. Hinahanap siya ng katakana ko every time (na walang ginagawa). So, I really don’t mind,” he said.(MNS)