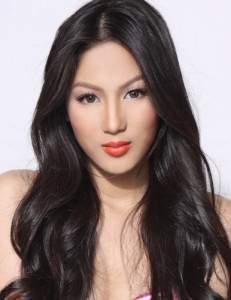 MANILA (Mabuhay) — ACTRESS Alex Gonzaga said she does not entertain suitors now as she prefers to wait for Mr. Right rather than go out with Mr. Right Now.

In an interview, Gonzaga said that she in her entire life she only went out on dates with three men and only one of them became her boyfriend.

After she had her share of heartbreaks, especially the last one where the courtship lasted longer than the actual relationship, the 26-year-old actress said she is wiser when it comes to love and looking for deeper connection with someone.

The approval of her parents and sister, Toni Gonzaga, is important to her. She said that if her family does not like the guy, she most probably would not go out with him.

Gonzaga also prefers going out with non-showbiz guys. She said it is easy to be with someone who is not from the business as both parties can protect the relationship from the prying eyes of the public.

Meanwhile, starting July 7, Gonzaga will prove that she has what it takes to be a serious actress, as she top bills the remake of the hit Korean television series “Pure Love”.

The said project is her first soap with ABS-CBN.

When asked if it is a conscious effort on her part to do something different from Toni’s television shows, Alex said it just so happen that her first series is a dramatic one.

Alex knows that a big chuck of her luck and success in the business is due to her older sister.

Lovi: No one can destroy my Ate Grace