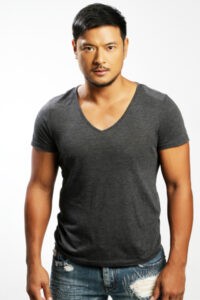 2014 was a banner year for actor Allen Dizon, having earned for himself international recognition as actor for his performance in James Lacsamana’s “Magkakabaung (Coffin Maker).”

Prior, “Magkakabaung (Coffin Maker)” was also screened at the 38th Montreal International Film Festival, together with Joel Lamangan’s “Kamkam (Greed),” which Allen also stars in.

At the moment, Allen has started filming for “Daluyong (Storm Surge),” written by Ricky Lee and directed by Mel Chionglo.

‘Marry Me, Marry You’ to air on September 13