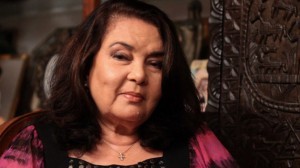 In an official statement, ABS-CBN head of Corporate Communications Bong Osorio said it was Fuentes herself who resigned from the show.

“Ms. Amalia Fuentes has resigned as actress for the upcoming teleserye, Muling Buksan ang Puso, due to creative differences with the production team and the challenges and demands of regular taping schedules,” he said.

Osorio added the management accepted Fuentes’ resignation and “her replacement will be announced soon.”

“Muling Buksan Ang Puso” was supposed to be the reunion project of Fuentes and Susan Roces, who were known as rival movie queens during the 1960s.