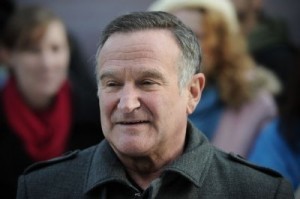 LOS ANGELES (AFP) – Robin Williams’ death prompted an outpouring of tributes and memories from the North American sports world, including from his good friend and fellow cycling enthusiast Lance Armstrong.

Armstrong said he formed a strong bond with the Oscar-winning comedian and actor over the last dozen years thanks to their shared love of cycling.

Armstrong said they would ride bikes together and Williams would travel overseas to watch Armstrong race. They also took part in United Service Organization (USO) shows for American troops and their families stationed around the world.

“He was always cracking jokes. He was a special man and there was obviously a lot going on there,” Armstrong told American news channel CNN on Tuesday.

“It was a weakness of his that he could never say no. He would stretch himself so thin. He wanted to make people happy. The guy was a giver. That is the best way I could some it up.”

In recent years, both Armstrong and Williams have had their problems put under the public microscope – Williams for addiction and Armstrong for his admission that he doped, which led to a lifetime ban from competitive cycling.

Asked by CNN if they ever talked about their joint struggles, Armstrong said Williams did open up to him.

Armstrong said he once travelled to Oregon to visit Williams at a rehab facility where the comedian was being treated.

“I lived with him through some of the previous challenges when he was sober and then fell off,” said the disgraced cyclist Armstrong, who vacated his Tour de France titles.

“I visited him outside of Portland…Life is messy and we all sort of find our way. This last year or so Robin was in a place where I don’t think many people knew, and it was terrible.”

Williams’ body was found in a bedroom of his San Francisco-area house on Monday. Police are investigating the death but officials say the evidence they have so far is pointing towards a suicide.

“Robin Williams – u will be greatly missed. Thx for all the smiles that u gave so many people over the years. U will never be forgotten. RIP.”

“2001 Grand Slam for Children. Robin Williams was one of the kindest, most generous people we have ever known…,” Agassi said on Twitter.

Who is afraid of The Filipino Flash?