And the richest SC magistrate is… 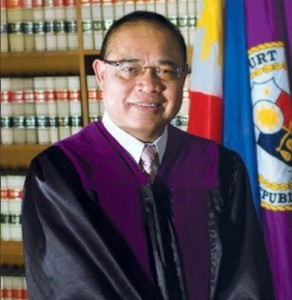 The SALN of newly appointed Associate Justice Francis Jardeleza was not part of the records released since Jardeleza was appointed to the high court last August 20 only.

The SALN of Associate Justice Roberto Abad, who retired in May, was included.

Last week, during her annual live panel interview with media men, Sereno defended the stringent guidelines a requestor has to comply with before his/her SALN request may be granted by the court en banc.

Sereno debunked criticisms that the justices’ SALNs are released selectively, and has now become a privilege whereas it is a right of citizens to have access to the documents.

Sereno said the guidelines are needed so that access to the SALNs may not be abused by any entity.

The chief justice’s defense of the SALN guidelines comes in the wake of the high court’s junking of Bureau of Internal Revenue (BIR) Commissioner Kim Henares’ requests for copies of the SALNs of the justices of the SC, Court of Appeals (CA), and Court of Tax Appeals (CTA).