Andi Eigenmann in no hurry for love 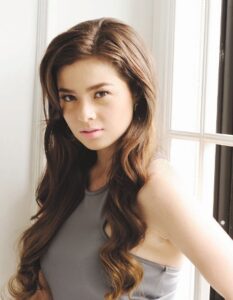 AFTER her controversial romance with Jake Ejercito, actress Andi Eigenmann said she is not in a hurry to enter a new relationship.

These past few months, the 24-year-old Kapamilya star was constantly linked to former Pinoy Big Brother (PBB) housemate Bret Jackson. The two even posted several personal photos of them together on image-sharing application Instagram.

Andi confirmed that the PBB alumnus is indeed courting her.

“We enjoy each other’s company and we hang out a lot. Nothing has happen yet and it’s only the beginning. I just came out of a long and a very complicated relationship, I would want to take things slow,” she said.

Andi was also asked if she’s concerned over the statement of her mother, Jaclyn Jose, that she doesn’t like Bret for her daughter.

The young actress explained that she respects her mom’s opinion and that Jose and Jackson were only introduced once and they never had a chance to get to know each other.

“Pwede naman niyang sabihin what she wants and at the same time hindi naman niya pa nakilala si Bret. She never really got the chance and I know how close my mom is to my ex… She loves Jake,” Andi said.

Although she’s constantly bombarded with issues involving her love life, Andi said she wants to focus on her work and daughter Ellie this 2015.

She also learned from her past relationship that one has to wait for the right person to come along.