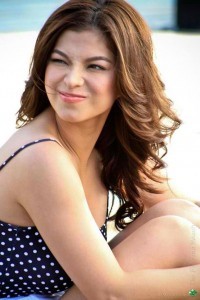 Actress Angel Locsin denied rumors that she went on a cruise with a politician during the holidays.

Locsin said she was surprised as well when her manager, Ethel Ramos, started asking her whether she was indeed with a politician during her recent vacation.

Locsin stressed she was only with her family and some workmates from “Toda Max.”

Months after breaking up with football player Phil Younghusband, Locsin said she is not yet ready to enter into a new relationship.

But she was quick to add that she will not stop herself from falling in love again.

Locsin said that for now, she would like to focus on her upcoming series “The Legal Wife,” and a horror-comedy movie with Vhong Navarro.(MNS)

Angel not preparing for ‘Darna’ role

Kris on Bistek: I truly loved him