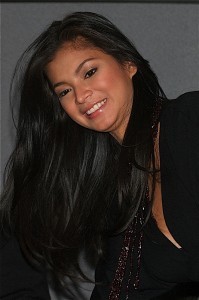 ACTRESS Angel Locsin said she’s slowly moving on after the end of her two-year romance with footballer Phil Younghusband.

The two confirmed last month that they ended the romance and said that it was a mutual decision. The former couple claimed that they remain as friends even after the split.

In a recent interview with Angel, the Kapamilya star said she’s rebuilding again herself and is keen to stay single for a while.

Angel confirmed that the communication line is still open between her and Phil but they haven’t seen each other since the break-up.

She then clarified rumors that Phil immediately posted a confirmation message of their split on Twitter even before talking to her. The actress said they have discussed what to say on social media but it took them awhile to do so.

To recall, the two started dating when the sportsman asked the actress to be his date on Valentine’s Day (February 2011) on Twitter.

Angel initially declined the invitation because of her prior showbiz commitments, but told the athlete that they could go out some other time.

Everyone thought the relationship will lead to marriage as Phil was quoted numerous times, saying he’s keen to marry, settle down and build a family with Angel.

Now that they ended the romance, Angel clarified all issues coming out as the real reason of the break-up.

She denied there’s money involve in the split.

Angel also dismissed reports that she’s back with ex-boyfriend Luis Manzano, who recently broke up with girlfriend Jennylyn Mercado.

Angel reiterated that she and Phil moved apart due to lack of time.

What’s important to Angel now is to give herself time and space to heal. She’s keen to invest all her attention to both her family and work.

The actress will be back on television early 2014 via “The Legal Wife.”(MNS)

Why Coleen agreed to be Billy’s girlfriend