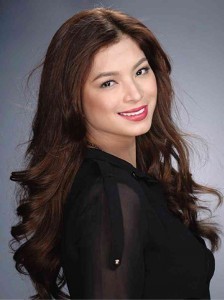 Despite all her achievements, award-winning actress Angel Locsin still has one thing left that she wants to do before finally settling down and getting married.

The 28-year-old actress shared that she would like to be given the chance to finish college before finally tying the knot.

The actress, who recently got back together with TV host Luis Manzano, revealed that as a young girl, she dreamed of getting married at the age of 22.

Meanwhile, Locsin also admitted that being single became a disadvantage for her when she was cast in the primetime drama series “The Legal Wife” with Jericho Rosales and Maja Salvador.

Locsin, however, said she enjoys playing roles, in which a lot of viewers can relate to.

Horseshoe Casino presents Pinoy Rock and Soul at The Venue