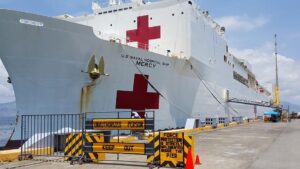 USNS Mercy (T-AH 19) ship where medical supplies from the US were loaded arrived at Subic Freeport on August 5, 2015. (photo courtesy of G.Kenneth Lee)

(BusinessMirror) August 6, 2015 ANGELES CITY—City officials welcomed on Wednesday at the public hospital here the arrival of medical supplies as part of the humanitarian assistance of the United States military.

The medical supplies onboard a cargo truck arrived via the floating hospital ship USNS Mercy (T-AH 19), which docked at the Subic Bay Freeport on August 5. It is part of Pacific Partnership 2015 (PP15), the largest annual multilateral humanitarian assistance and disaster-relief preparedness mission conducted in the Indo-Asia-Pacific region. 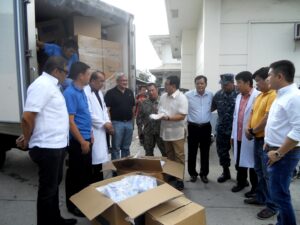 Councilor Carmelo “Pogi” Lazatin, who escorted to Mayor Edgardo Pamintuan last month the United States Navy personnel for a courtesy call, said “this is not just most welcomed but well appreciated, because the poor and those in need will benefit from the medical supplies.”

Lazatin, Pamintuan and Councilors Edu Pamintuan and Alex Indiongco, and Alex Cauguiran, the mayor’s chief of staff, witnessed the arrival of the medical supplies at the Ospital Ning Angeles (ONA). It was brought by  US Navy SCPO Guy Gagui, a native of Angeles City, and S7 Luis Siguenza and George Kenneth Lee,  Latter-Day Saints Charities Welfare manager.

For his part, Pamintuan said all the supplies must be used for the poor.

The medical supplies were turned over to Dr. Antonio Dizon, hospital director of ONA.

Gagui said they gave eight pallets of medical supplies. He said he could not divulge how much was the worth of the US military’s donation to the ONA.

Jose M. Briones, Angeles Philippines Stake President of The Church of Jesus Christ of Latter Day Saints, and other church members disclosed that they gave two pallets of medical supplies worth at least $5,000. 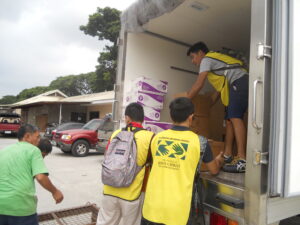 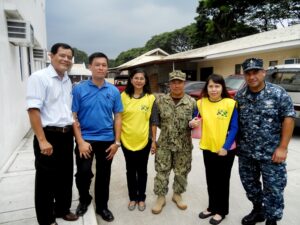 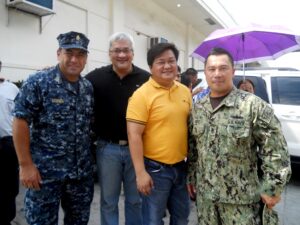 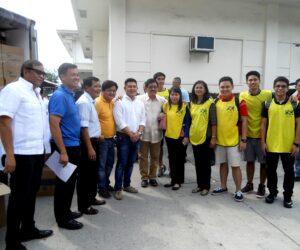