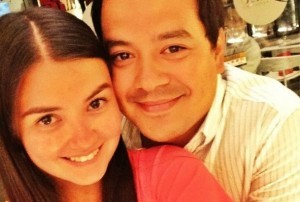 Angelica Panganiban took to the image-sharing site Instagram to say how proud she is of her boyfriend, actor John Lloyd Cruz, who lost 18 pounds in six weeks.

Cruz admitted that the fitness challenge became easier because of Panganiban’s support.

The “Home Sweetie Home” actor said it’s also good that both of them rarely go out to eat.

Panganiban was also with Cruz in Boracay over the weekend, where the actor revealed at the Superbods event his leaner body after undergoing a six-week fitness program.

Having achieved a fitter body, Cruz said he is planning to continue having a healthy lifestyle.