Angeline tells Erik Santos: I love you too 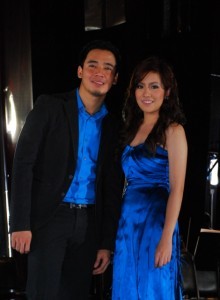 Angeline Quinto finally opened up about her feelings for fellow singer, Erik Santos.

This comes after Santos’ admission last month that he already stopped seeing the singer after she went out with a non-showbiz guy.

But in a television interview, Quinto said she considers Santos her “next level friend.”

According to Quinto, she is no longer seeing the non-showbiz guy Santos was referring to in his June interview.

While they have yet to formalize their relationship, Quinto shared that she and Santos are vocal about their feelings for each other.