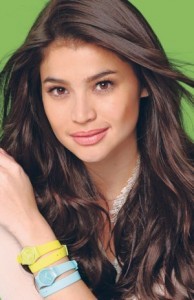 MANILA, Oct 17 (Mabuhay) – Actress Anne Curtis said the story of her upcoming movie titled “A Secret Affair” is very far from that of the hit movie “No Other Woman.”

Curtis, who will also be reunited with actor Derek Ramsay in “A Secret Affair,” said their new film is something women her age could relate to.

According to Curtis, VIVA management also consulted her on what movie project she wants to do next.

“They gave me so many scripts first before I decided na ito ‘yung gusto kong gawin. VIVA naman are like that eh. Sabi ko gusto ko ito,” she explained.

Curtis admitted that she is getting more excited as the movie’s playdate approaches.

“A Secret Affair” will be shown in theaters nationwide on October 24.

Actress Andi Eigenmann will also be joining Curtis and Ramsay in the movie. (MNS)

Enrique wants to bring Liza to Paris for her debut