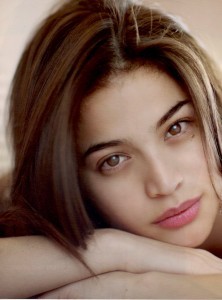 MANILA (Mabuhay) – Anne Curtis announced that her first international indie film “Blood Ransom” will also be released in the Philippines.

“Something to look forward to next month! My very first international indie film. I actually auditioned to get this part and got to experience filming in the States! So excited to see how it turned out! Yaaaaahoooooo,” she said.

According to Curtis, the movie will be shown in cinemas in the Philippines on October 29 and in North America on October 31.

It was originally slated for release last year. Curtis shot the movie in mid-2012.

The preview clip for “Blood Ransom,” which was released early this year, shows Curtis as Crystal with co-star Alexander Doetsch, whose character, Jeremiah, appears to be in disbelief that she is still alive.

No other details about the movie’s plot have been released, although earlier promotional images showed Curtis with her sharp fingernails pressed against Doetsch’s bare chest. (MNS)

Vice Ganda doesn’t see himself as a parent