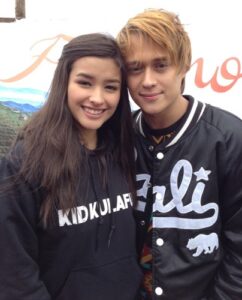 “They pitched it to us already. Basically it’s about a guy from Manila… I don’t know if there are going to be changes pa po… and a girl from the province again,” said Soberano.

“Bacolod was the one they pitched pero baka maiba pa po,” she said.

Meanwhile, Soberano and Gil took the opportunity to thank all those who have supported their last two projects—the soap “Forevermore” and the movie “Just the Way You Are.”

Aside from a new movie, Soberano will record an album and will hold a concert with fellow local showbiz “It Girls” Kathryn Bernardo, Janella Salvador and Julia Barretto. (MNS)

Heart Evangelista to netizen questioning why she doesn’t have kids: ‘Not your uterus’