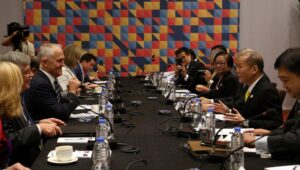 MANILA (Mabuhay) – Leaders of the 21 member economies of the Asia-Pacific Economic Cooperation condemned all acts of terrorism and urged for closer global cooperation in the fight against extremist violence.

The latest draft communiqué to be issued by APEC heads of state at the close of a two-day summit on Thursday did not refer to the territorial dispute among Asian nations in the South China Sea, but included the string of attacks on Paris, Beirut and on the Russian aircraft over Sinai.

Highlighting their concerns over the impact of terrorism on their economies, the APEC leaders called for unity amid the global scourge, which they said needs “urgent” and “increased” international cooperation.

“We strongly condemn all acts, methods, and practices of terrorism in all their forms and manifestations. We will not allow terrorism to threaten the fundamental values that underpin our free and open economies,” according to the latest draft.

The statement veers from the typical APEC declarations focusing on trade and investments.

Although primarily focused on business and economic concerns, APEC leaders at their 2001 summit in Shanghai issued a statement condemning the Sept. 11 attacks in the United States that same year.

The Manila summit, the largest gathering of the world’s biggest economies in the region, was held days after the attacks in Paris which was claimed by the Islamic State. The Paris terror attacks killed at least 129 people and wounded more than 350 others in six locations.

Prior to the Paris incident, 43 people were killed in twin suicide bombings in Beirut, while a Russian commercial aircraft was brought down by a bomb over Sinai on October 31, killing all 224 people onboard. 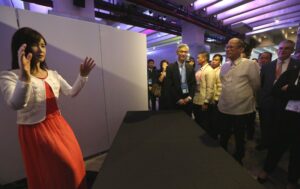 “Economic growth, prosperity, and opportunity are among the most powerful tools to address the root causes of terrorism and radicalization,” the statement said. “We stress the urgent need for increased international cooperation and solidarity in the fight against terrorism.”

Russia’s President Vladimir Putin skipped the APEC Summit in Manila to oversee an investigation into the crash.

The South China Sea dispute, which involves China, the Philippines, Vietnam, Malaysia, Brunei and Taiwan – all APEC members – was not mentioned in the final communiqué despite apprehensions that China’s massive reclamations is threatening freedom of navigation in the waters where the bulk of the world’s trade pass. China lays claim to nearly all of South China Sea.

As an act of goodwill, the Philippines acceded to a request by China not to raise the territorial disputes. This was conveyed to the APEC 2015 host when China’s Foreign Minister Wang Yi visited Manila and met with Foreign Secretary Albert del Rosario last week.

However, Del Rosario emphasized to Wang that the Philippines cannot prevent other leaders from raising the issue in separate bilateral meetings at the margins of the summit. 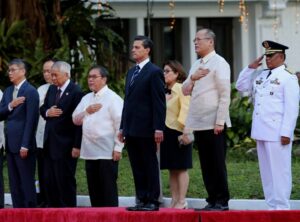 President Benigno S. Aquino III and His Excellency Enrique Peña Nieto, President of the United Mexican States, lead the singing of the Philippine and Mexico National Anthem during the welcome ceremony for the State Visit to the Philippines on Tuesday (November 17, 2015) at the sidelines of the APEC Economic Leaders’ Meeting in Manila. MNS Photo)

Defying China’s opposition to any mention of the South China Sea disputes, US President Barack Obama highlighted China’s massive reclamation of seven formerly submerged reefs in the resource-rich area and discussed the issue in his bilateral meetings with President Benigno Aquino III and with Australian Prime Minister Malcolm Turnbull on the sidelines of the APEC Leaders’ Meeting.

Although the US is not a party to the disputes, it has declared that it is in its national interest to ensure freedom of navigation, trade and peace and stability in the South China Sea, where a bulk of the world’s trade pass.

Established in 1989 in Canberra, Australia, APEC aims to break down trade and investment barriers and accelerate its movement through non-binding agreements.

Honda’s new crossover launches in Japan, headed for US in 2014