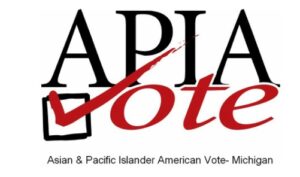 Calls were fielded from across the country, including from states with APIAVote grantees, such as Virginia, Pennsylvania, Utah, and Texas. This was thanks to the voter mobilization efforts of APIAVote’s partners, who over the last few weeks sent mailers and phone banked into their communities, highlighting language assistance through the hotline.

Most questions that came through the hotline asked for Election Day information, including the location of polling places, voter registration information, voter ID requirements, and general voting procedures. Notably, many callers wanted information on the election itself, such as what races are taking place and who or what is on the ballot.

“Many voters expressed a desire to vote, but did not have access to translated, in-language materials about specific races or what and who was on the ballot,” said Christine Chen, Executive Director of APIAVote. “This emphasizes the critical need of in-language ballots and other election information for our communities, to give them the access they deserve to the political process.”

The influx of calls throughout the last week and on Election Day highlights the importance of voter outreach and mobilization efforts, and that AANHPI voters are noticing our efforts to reach out to them.

Ultimately, as we head into the 2016 elections, we must ensure that all AANHPI voters feel apart of the political process, and continue to provide this critical in-language assistance for our communities.

Can smoking drive you mad? Study suggests it might

Palace downplays Dec 6 ‘deadline’ to get rid of ‘pork’