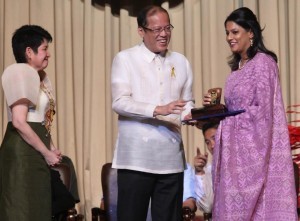 MANILA, Sept 1 (Mabuhay) â€“ President Benigno S. Aquino III attended Friday the 2012 Ramon Magsaysay Award expressing his admiration to the winners of this yearâ€™s award as he hopes that the awardees continue their work for the benefit of the Asian people.

â€œI believe that each and every person who hears your stories will find reason to be more hopeful about the prospects of all humankind. As President of this country, let me tell you — we admire your work, and I am hopeful that you continue helping improve the world that we collectively live in,â€ the President said in his message during the awarding ceremony held at the Philippine International Convention Center.

â€œAs my people have assured me, so do I assure you: You are not alone. We are all allies in striving to live up to the example set by President Ramon Magsaysay, with his big heart, his honest mind, his sound instincts, his virtue of healthy impatience, and his abiding love for the common man,â€ he added.

He described Robredo as â€œunassuming, unpretentious, and a very effectiveâ€ leader who kept himself close to the people. Although busy doing his duties as a government official, the late secretary remained a simple husband and father to his family, the President noted.

The nation suffered a great loss when Robredo died, the President continued, noting however that Fridayâ€™s awarding ceremonies would remind the people that there are still excellent, like-minded individuals continuing to work here in the Philippines or in other countries for the benefit of the greater number of people.

â€œAnd, truly, that is the greatest tribute we can make to the memory of a great man, the late President Ramon Magsaysay and all past winners of this award â€“ getting back to work, and fulfilling, in our own small ways, their grand vision for the world,â€ he said.

The Philippine government, the trustees of the Rockefeller Brothers Fund (RBF) established the Award to honor his memory and perpetuate his example of integrity in public service and pragmatic idealism within a democratic society.

The Magsaysay award program pursues the mission of â€œhonoring greatness of spirit in selfless service to the peoples of Asia.â€ The award is given to persons – regardless of race, nationality, creed or gender – who address issues of human development in Asia with courage and creativity, which have improved their societies.

Mayon eruption may be sooner than predicted – Phivolcs official 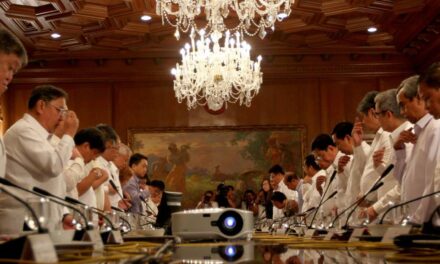