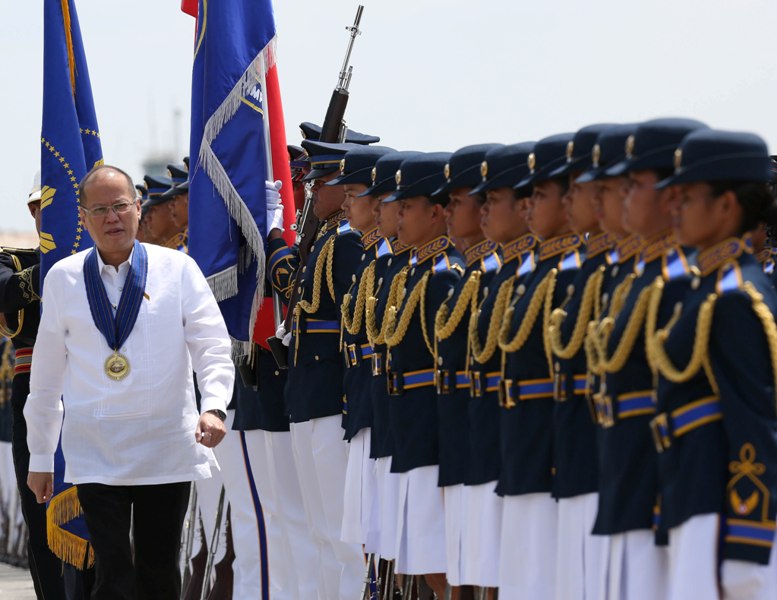 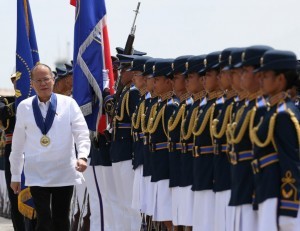 MANILA (Mabuhay) – The first of the country’s South Korean fighter jets won’t arrive until 2015 year but the Philippine Air Force has slowly built up its capability over the past few years after decades of neglect, President Benigno Aquino III said on Tuesday.

The modest build-up happened amid an ongoing dispute with China over territories in the West Philippine Sea.

Aquino said he expected the remaining 17 Huey helicopters to be delivered by the end of the year and two of the 12 FA-50 lead-in fighter trainers to arrive from South Korea next year.

The President said his administration has been seeking such upgrades since he assumed office in 2010.

He said this is a big difference from his predecessors, who supposedly did not give the Air Force the support it needed.

Before his speech, the President also witnessed the flyby of the Air Force’s assets.

Aquino also led the recognition of the following PAF units and personnel:

3rd Air Division for Division Category of the Year;

Air Logistics Command for Command of the Year;

205th Tactical Helicopter Wing for Tactical Wing of the Year

520th Air Base Wing for Support Wing  of the Year;