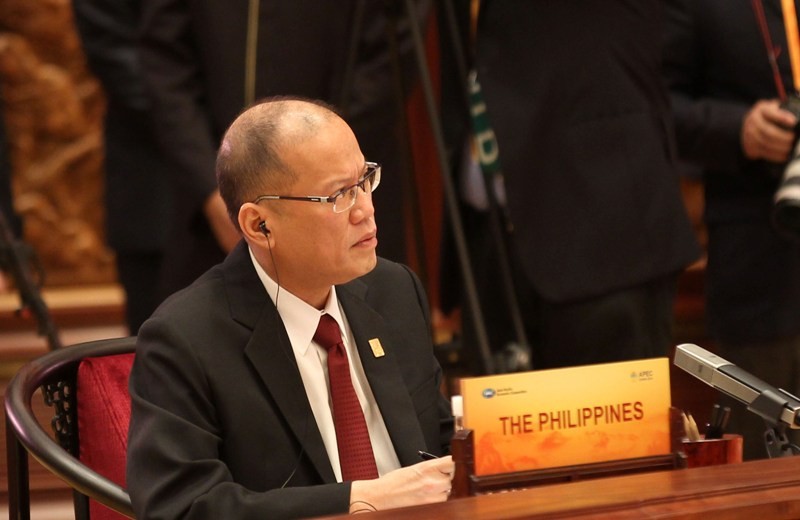 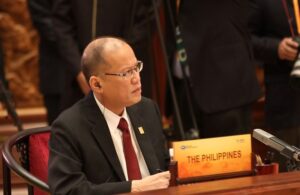 NAY PYI TAW, Myanmar (Mabuhay) – President Benigno S. Aquino III has called on fellow ASEAN leaders to continue negotiations with China on the forging of a legally binding code of conduct in the South China Sea, amid tensions over territorial claims in the region.

In his statement during the plenary session of the 25th Association of Southeast Asian Nations (ASEAN) Summit here, President Aquino underscored the need to create the code in building a “more inclusive” and “more prosperous” region.

“The President called on the ASEAN member countries to ‘continue negotiations with China on the forging of a legally binding Code of Conduct’ of parties involved in the South China Sea (West Philippine Sea),” Communications Secretary Herminio Coloma, Jr. said in an interview with the media after the plenary session, which was held at the Myanmar International Convention Center here on Wednesday.

“Speaking at the plenary session of the 25th ASEAN Summit, he said that this will lead to ‘building a better, more inclusive, and more prosperous Southeast Asia’ for all nations of goodwill,” Coloma added.

He said the President proposed a three-pronged approach “towards building a Southeast Asia that serves as a wellspring of empowerment” and inclusive growth – strengthen the foundations of regional cooperation and integration; develop and implement the economic strategies vital to the ASEAN’s common vision; and advocate the rule of law as basis for positive engagement and a stable regional environment.

President Aquino also mentioned the “warm conversation” he had with Chinese President Xi Jinping on the sidelines of the 22nd Asia-Pacific Economic Cooperation (APEC) Leaders’ Summit in Beijing on Tuesday.

The two leaders talked about pursuing the peaceful path and continuing the agreements forged in the past between the Philippines and the People’s Republic of China.

Relations between the Philippines and China have turned sour due to a territorial dispute over resource-rich islands in the West Philippine Sea, which are also being claimed, in whole or in part, by Brunei, Malaysia, Taiwan and Vietnam.

During the plenary session, President Aquino also expressed support for the strengthening of the ASEAN secretariat and an increase in the members’ contributions to its annual operating budget, as well as the implementation of a master plan for communicating the character, structure and overall vision of the ASEAN community.

The President proposed that ASEAN member countries pursue strategies on greater connectivity, public-private partnerships (PPP), and regulations harmonization in the fields of trade and investment, and energy sector integration.

The Chief Executive invited the other member countries to participate in the ASEAN PPP Networking Forum to be held in Manila next month. The forum will promote sharing of best practices in forging public-private partnerships as an innovative way to implement the master plan on ASEAN connectivity.

President Aquino also called for the further “harnessing of opportunities for harmonized engagement” through existing bilateral, trilateral and sub-regional arrangements, such as the Brunei Darussalam-Indonesia-Malaysia-Philippines East ASEAN Growth Area and Indonesia-Malaysia-Thailand Growth Triangle.

He stressed that a more robust development of small and medium enterprises must be pushed, as these are the major employers of the manufacturing sector and engines of growth at the grassroots level, said Coloma.

President Aquino further called for the harmonization of technical standards, operating systems and regulations for the establishment of an ASEAN Power Grid and a Trans-ASEAN Gas Pipeline.

Recalling the Philippines’ hosting last September of a national convention on an ASEAN Single Aviation Market (ASAM), the President urged other member countries to support the establishment of a Regional Air Traffic Management Bureau and the creation of a Council of Directors-General of the ASEAN Civil Aviation Authorities.

President Aquino called attention to the challenges to connectivity posed by the emergence of a more mobile migrant labor community, namely the need to enhance the protection of the rights of migrant workers; and the adoption of a regional action plan for adopting and implementing the ASEAN Convention on Trafficking in Persons.

“He reiterated the need for ending the ‘vicious cycle of destruction and reconstruction’ by building more resilient communities and strengthening the ASEAN Committee on Disaster Management,” said Coloma.

President Aquino said the Philippines will participate in the Third World Conference on Disaster Risk Reduction in Sendai, Japan next year and the World Humanitarian Summit in Istanbul, Turkey in 2016. (MNS)

Missing US sailors land in Philippines