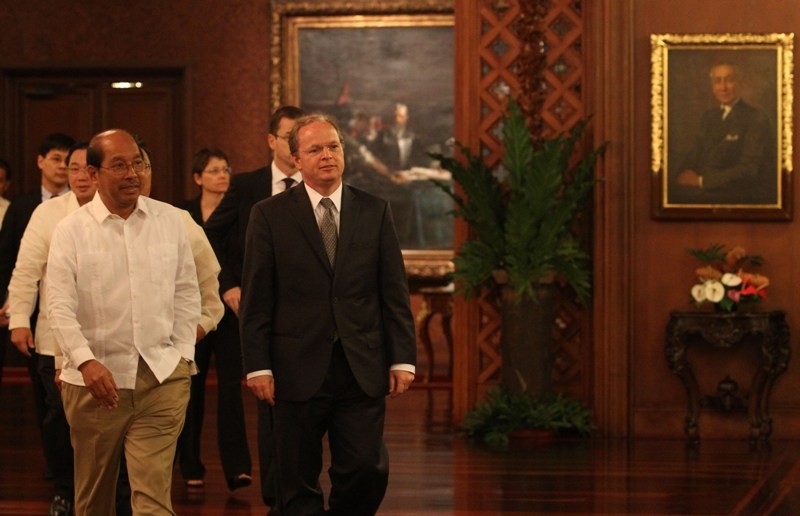 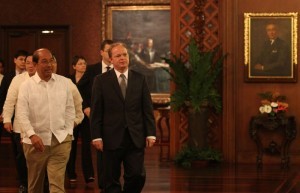 Aquino described studying the details of the budget as a “stressful task,” admitting that he woke up Thursday morning with a low energy level.

He said the “good news” in today’s newspapers perked him up.

“We finished at about midnight last night going over the budget and some details about our ongoing negotiations on the annexes on the Framework Peace Agreement with the Bangsamoro. So, it took us quite a long while, and I had to admit the energy level was a bit down this morning until I read the papers which surprisingly had tremendous good news, left and right. That’s kind of unique. I think I will preserve my copy of today’s paper for posterity, just in case they never repeat it again,” Aquino said.

Many newspapers gave prominent space to the European Union’s lifting of the ban on Philippine Airlines, allowing the flag carrier to resume flights to Europe starting July 12.

Aquino approved the budget proposal for 2014 after a second meeting with his Cabinet that ended late Wednesday night.

Communications Secretary Ricky Carandang, in a text message sent Wednesday night, said the budget was approved but is subject to “some minor adjustments.”

“The thrust remains inclusive growth. We are enhancing social protections and creating opportunities for employment by focusing on job generating sectors like manufacturing, tourism, infrastructure, and agriculture, among others,” Carandang said.

“The president takes time and effort to go over the details of the budget because he wants to make sure that taxpayers’ money is being spent properly and efficiently. This kind of scrutiny and attention is what has allowed us to increase spending without raising taxes and even enhance or fiscal space and earn us those credit rating upgrades,” he added. (MNS)