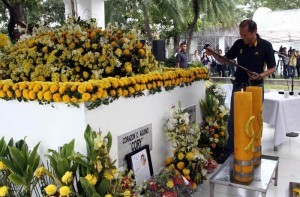 President Benigno S. Aquino III and some members of the Aquino family visit the thomb of their parents Ninoy and Cory at the Manila Memorial Park in Sucat, Paranaque Sunday, November 2, 2014. Millions across the Philippines packed into cemeteries November 1 and 2 to pay respects to their dead. (MNS Photo)

The President visited the wake with Interior and Local Government Secretary Manuel Roxas on Friday following their inspection of major passenger terminals in Metro Manila in preparation for Undas this weekend.

President Aquino reportedly arrived at around 5:00 p.m. and extended his condolences to the late senator’s family. He stayed for about 30 minutes before heading back to his official residence.

Flavier died on Thursday due to multiple organ failure and sepsis attributed to pneumonia. He was 79. (MNS) 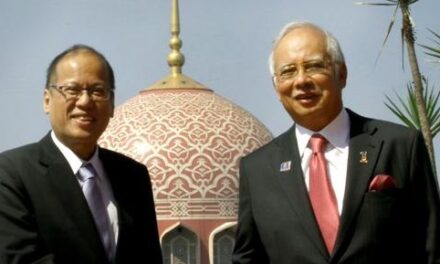