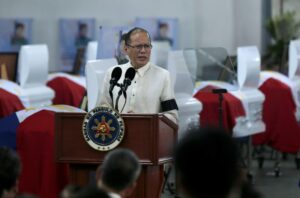 MANILA (Mabuhay) – President Aquino spent more than 12 hours Friday talking with the families of the 44 slain Special Action Force commandos discussing how the government could assist them after the deaths of their loved ones, a Palace official said.

In a radio interview Saturday, Presidential Communications Operations Office Secretary Herminio Coloma Jr. said the President asked the families about their needs and the dreams of the dead policemen for their relatives.

Most of the SAF men wanted their families to have decent lives, send their children to college, and help their parents by giving them livelihood, Coloma told dzRB Radyo Ng Bayan.

To provide them a source of living, Coloma said the government will provide assistance to those engaged in farming, fisheries, and trade.

The government will also help the SAF men’s children go to school even until college by extending financial grants and counseling, he added.

After meeting the families of the slain commandos, the President also talked with the members of the SAF around 12 midnight at their headquarters in Camp Bagong Diwa.

The President thanked them for their bravery and sacrifices, gave awards to those who fiercely fought in Mamasapano, Maguindanao last week.

The January 25 raid targeted Zulkipli Bin Hir, alias Abu Marwan, a Malaysian bomb maker reported to be hiding in Maguindanao. US authorities had offered a $6-million bounty for his arrest.

Another local terrorist, Abdulbasit Usman, was also the target of Sunday’s assault. He is still at large and the President vowed Friday that his administration will exert all efforts to capture or neutralize him.

The attack also led to the killing of 44 SAF commandos after forces from the Moro Islamic Liberation Front and the Bangsamoro Islamic Freedom Fighters joined the fighting.

President Aquino arrived at Camp Bagong Diwa Friday morning to lead the national day of mourning for the fallen SAF commandos. He also posthumously awarded the policemen with the Medal of Valor that were given to their families. (MNS) 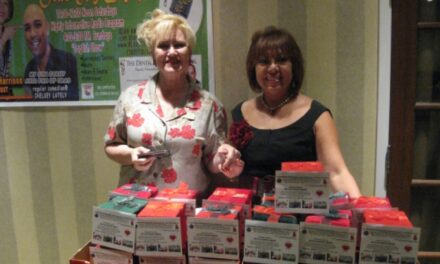