Are Bea, John Lloyd open to ‘One More Chance’ sequel? 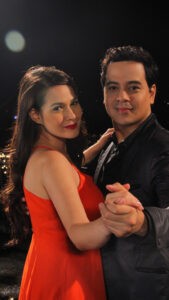 The two confirmed that they will be working on a new movie together with director Cathy Garcia-Molina but stopped short of saying if it will be connected in any way to the 2007 box-office hit.

“Is this a part two, or a sequel, or another story? Maski kami ni Bea, wala pa kaming alam,” Cruz told reporters.

Nevertheless, he was asked if he would be open to reprising his role as Popoy opposite Alonzo as Basha.

For her part, Alonzo said that she feels thrilled that Filipinos are still demanding for another chapter of the love story given the fact that it came out more than eight years ago.

Angelica not invited to Melai-Jason wedding?