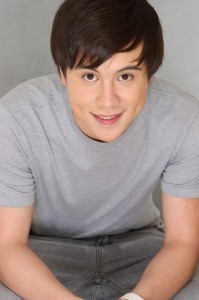 MANILA (Mabuhay) — ACTOR Arjo Atayde said he is willing to wait until his leading lady Alex Gonzaga is ready to fall in love again.

During the grand press launch of “Pure Love,” Gonzaga shared that she is much closer to Atayde than her other leading man, Joseph Marco, because they have known each other for a while.

She said the actor never fails to bring food for everyone on the set, earning him the moniker “catering guy.”

But little did the actress know that these subtle gestures of Atayde reflect his true intentions toward her.

“Ever since naman talaga may gusto ako sa kanya at hindi ko naman dine deny yun. Totoo na I like her. Since sinabi niya na the doors are close, willing to wait naman ako,” he said.

The actor added that he understands that Gonzaga is focused on her work, especially on her first primetime drama series on ABS-CBN.

“Given this opportunity in showbiz, mabigat talaga and I know she has to focus on everything. I’m not in the rush and if ever na sinabi niya na pwede na mag-try, I will do it,” he said.

The 24-year-old actor said he had sent flowers to Gonzaga and visited her house once. However, the actress was not around at the time.

When asked if he has met Gonzaga’s mother, Pinty, and older sister, Toni Gonzaga, the actor said they were introduced a few years back.

Atayde described Gonzaga as funny, endearing and happy to be with in real life.

“Honestly speaking, makulit ako pag ka-close mo, and makulit din siya. As of now, we’re not super close as friends or co-artist, but this is kind of friendship that we’re still adjusting to each other,” he said.

As for his competitions, like comedian Ryan Bang, the actor said it is normal that a lot of people will like the actress. Atayde said he is hoping that she will like him too.

“I’m still getting to know her and if she ends up with Ryan Bang or other guy, I have to respect that because it’s not my business. But my concern, as long as she’s single, I will try to be close to her,” he said.

“When it opens (door), I’m going to go for it. I don’t mind waiting for a long time. If it doesn’t work out, wala na akong magagawa but at least I tried,” he added. (MNS)

Sharon: I will love my children no matter what

Liza Soberano on taking ‘the first leap’ in US career