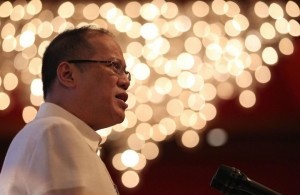 The full-year expansion was above the high end of the government’s target range of 5-6 percent.

At the same time, Arroyo, now a Pampanga representative who is in hospital detention as she faces plunder charges, also pledged commitment to the Aquino administration’s fight against corruption, but stressed that “the campaign against corruption must uphold the rule of law, due process and the independence of judiciary.”

“President Aquino is to be commended for the latest GDP growth rate. It is welcome news,” Arroyo said in a statement sent through her spokesperson, Elena Bautista-Horn.

Arroyo noted that the administration is “on track restoring the growth of 7.9% where it was before the first half of 2010,” which was before the end of her term, as she vowed to support policies that would make the lives of Filipinos better.

The former president was Aquino’s economic professor at the Ateneo de Manila University.

She stressed the need to uphold due process and the rule of law, and to ensure the presence of an independent judiciary.

During her term, she said she sought legal remedies to combat corruption, including the enactment of key laws, such as the Government Procurement Reform Act of 2003, Attrition Act of 2005, the Anti-Red Tape Act of 2007, and the Prosecution Service Act of 2010.

“But we followed the rule of law, due process, and the independence of the judiciary by respecting and implementing all court decisions, studiously avoiding any interference or comment on judicial proceedings and rulings,” Arroyo said.

In her nine years as chief executive, Arroyo posted the best average economic performance among presidents who completed their terms, the National Statistical Coordination Board said.

¡°If we focus on the three presidents that completed their terms of office, (President Cory Aquino, President Fidel ¡°FVR¡± V. Ramos, and Arroyo) we would observe that the domestic economy performed best during the time of President [Arroyo],¡± NSCB secretary-general Jose Ramon G. Albert said in an earlier report. (MNS)

Napoles denies scam even when confronted with own signature

Metro Manila returning to MECQ not a ‘foregone conclusion’ –Palace