Asian models all the rage in luxury world

BEIJING, March 3, 2011 (AFP) – China’s Liu Wen may not yet have the sizzling star power of Brazilian supermodel Gisele Bundchen, but she is leading a bevy of Asian beauties down the world’s top catwalks – and onto global billboards.

The scramble by Western brands to feature Asian faces in ad campaigns and eye-catching runway shows from New York to Paris – where fashion week began on Tuesday – parallels Asia’s rising clout in the world of luxury goods.

Experts say while foreign labels are hoping to connect with new customers across the region – especially in China – by offering them models with a more familiar look, the Asian craze also reflects the globalization of the sector. 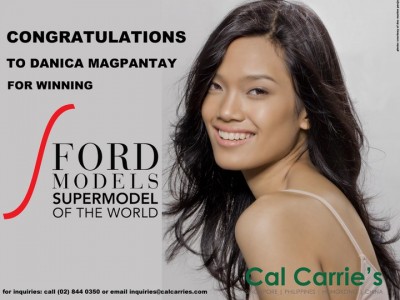 “Savvier companies are using Asian models to penetrate the China market and try to create an emotional bond with consumers, and to give an aspiration that Chinese can look up to,” Shaun Rein, the Shanghai-based managing director of China Market Research Group, told AFP.

The 23-year-old Liu last year became the first Asian face of beauty brand Estee Lauder, and her runway calendar has been booked solid since her debut in 2008.

In late 2010, she strutted her stuff for US lingerie giant Victoria’s Secret for the second year running – the only Chinese woman to have done so.

Her compatriot Shu Pei, 21, is one of the faces of Maybelline cosmetics – a role also filled by Chinese actress Zhang Ziyi of “Crouching Tiger, Hidden Dragon” fame – and also stars in print ads for the Gap brand.

And teenager Danica Magpantay of the Philippines was in January selected as Supermodel of the World by the prestigious Ford modeling agency – and promptly marched straight onto the catwalks in New York last month.

But Asian women are not the only ones making waves in the fashion world.

In January, Taiwanese-Canadian actor Godfrey Gao was named the first Asian face of Louis Vuitton, striking a pose in the French house’s ads with a sleek checkered messenger bag – the new staple of the upwardly mobile Chinese man.

“When you look at some of these brands like Louis Vuitton, they are generating a significant portion of their global revenue in China, so it makes sense to have Asian models,” Rein says.

China is the world’s fastest-growing market for luxury goods and is forecast to be the world’s top buyer of such products as cosmetics, handbags, watches, shoes and clothes by 2015, according to consultancy PriceWaterhouseCoopers.

Industry heavyweights such as Chanel, Vuitton and Versace are well-established in China, but others like Chloe – a French label with a reputation for ultra-feminine casual chic – are looking to make a mark.

Chloe chief executive Geoffroy de la Bourdonnaye, who was in Shanghai last week for a special runway show celebrating the label’s fifth anniversary in China, said brands would use Asian models, but only when it suits their image.

“Chloe is a brand of the world and the world is now fully mixed – races and cultures. It’s only natural that Asian models are becoming more and more important,” De La Bourdonnaye said during a group interview.

“Whether they are Asian or not is not the number one criteria. It’s more personality and the type.”

Frederic Godart, a France-based professor at international business school INSEAD whose research focuses on fashion, says while the luxury industry is “seeing a Chinese moment”, labels still need to appeal to customers worldwide.

“The use of Asian models by Western brands is a way to look more global,” Godart told AFP. “Everyone in the fashion and luxury industries wants to look global and trendy by using models from elsewhere.”

Liu – who is wrapping up the month-long autumn/winter 2011 ready-to-wear catwalk marathon in Paris after stops in New York, London and Milan – knows that Asian models still have a long way to go before they become mainstream.

“The challenge for me, and for Asian models in general, has been convincing editors, stylists and photographers that we can have mass appeal,” she told US Vogue for a December spread on Asia’s rising stars.

But for Rein, the increasing use of Asian models is a no-brainer.

“You want to keep your global brand heritage, but you need to make sure that your products and ads fit the wants of the Chinese consumer. If you don’t, you’re going to lose out,” he said.