Bamboo: A rockstar on and off stage 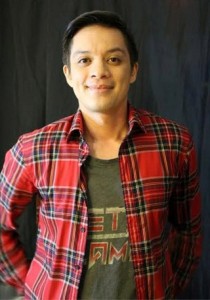 He’s always been a little mysterious, but rockstar Bamboo gave his audience a little glimpse of another side when he joined the “The Voice of the Philippines” as coach.

He is the picture of cool in “The Voice,” but he admits that he was quite hesitant when he was offered to be part of the coaches in the Kids edition.

“Initially when they first offered me ‘The Voice: Kids,’ I said no!” he admitted. “I love kids but how long I’ll be able to work with them, I wasn’t sure. I was afraid.”

He’s singing a different tune now. “I turned 180,” he confessed, “I think it’s so gratifying to be a coach, to be helping them out. It just meant a lot to me. So if they asked me again, it’s a big yes!”

He is especially thrilled for Juan Karlos Labajo, whom he mentored in the competition’s first season. Bamboo believes the 13-year-old will go places because of his innate charm. But to be sure, he wants JK to remember these simple reminders:

“Stay humble, stay cool, enjoy the moment and enjoy being a kid.

“Be childlike but not childish,” Bamboo added.

Onstage, he is known by his followers as an absolute rock icon, working the stage, giving his all in his every performance, but at home, he said he is quiet and quite content reading.

“I like being at home,” he shared. “Nagbakasyon lang ako for a few weeks after December, nagbasa lang ako. I just stayed home. I enjoyed the silence.”

You know what else he does? “I do cook and bake by myself!”

Though his inner baker rarely comes out, Bamboo makes sure, he said, to give his best, remain in the moment. “Whenever I do anything, you know nakatutok talaga ako, that’s me.” (MNS)

Why Joross Gamboa is okay with supporting roles